Martin Sheen - Pilgrim on the Way

Martin Sheen - Pilgrim on the Way 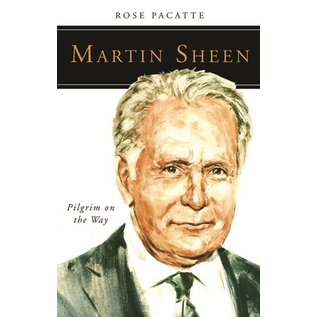 Martin Sheen, best known for his role as a Catholic president in the prestigious television series The West Wing, returned to the practice of his Catholic faith at the age of forty after decades away. After years of battling alcohol addiction, a near-fatal heart attack, and a nervous breakdown, the stage, film, and television actor renewed his dedication to his family and activated his faith with energy, grace, and joy. Through the sacraments, Mass, the rosary, the support of family, and numerous friends and peace and justice activists such as Daniel Berrigan, SJ, and the Catholic Worker Movement, Martin Sheen today sees himself as a man in the pew. He has been arrested more than sixty times for non-violent civil disobedience, speaking out for human rights. Sister Rose Pacatte's unique biography moves beyond tabloid news to include information and inspiring stories gleaned from interviews with Martin Sheen, his sister and brothers, as well as long time friends.